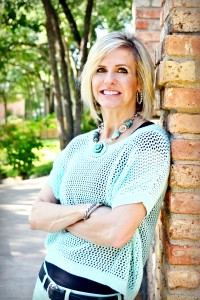 Michele has been married to Darin for over 20 years. They have three college aged children. She became involved in Students Standing Strong in 2008 when she started S3 in their son’s intermediate school. Later, when he moved up to middle school, she began an S3 club where again she volunteered as the S3 parent coordinator. Her focus during those years was taking the student-led curriculum and helping kids find ways to be the “hands and feet” of Jesus through outreach programs. Michele joined the staff in 2014 as personal assistant to Terry Ann Kelly.

"My favorite part was being a volunteer parent coordinator at our children’s middle and intermediate schools and later having former students come back and tell me how their S3 club impacted their lives.Several have even continued to volunteer in the community outreach programs they began in their Students Standing Strong club. I was definitely blessed by the experience."

Connecting students on campus to live out their faith in public schools to make an impact in their community.

It has been so sweet seeing S3 students meet to sh

Have you read Blanca's story??⠀ Check out S3 Coo