Judges 17:6 states, “In those days there was no king in Israel; every man did what was right in his own eyes.”

This verse describes a time of idolatry and moral decline in Israel which mirrors what is emerging in America today.  We have lost our compass. There is no “True North” – every man does what is right in his own eyes. This is called secular humanism and it is the path to national insanity.

I don’t say that to be dramatic – it is simply a fact.

When we declare that killing a child is ethical as long as the child is still in the womb – that is madness. When we physically attack people based on skin color, or opinions – that is lunacy.

Secular Humanism declares that man decides morality and that there are no absolutes…Of course, no one really believes this – if someone says they do, steal their wallet, and see is they think that’s “absolutely” wrong or not. 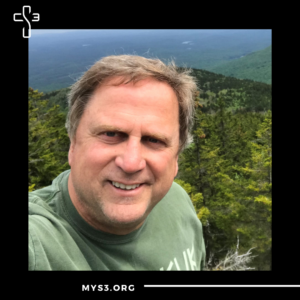 Yet we teach this self-centered ideology that when fueled by lack of Biblical knowledge produces what we see on the news… anger and ignorance – and that is a dangerous mixture.

Israel’s deterioration occurred just one generation after Moses – So societal decay does not take long.

We must re-discover our compass. We must again teach right and wrong to our children…truth is not a moving target… it is God established and rigid.  Young people in our country have been lied to…and the seeds of deceit are producing a bitter harvest.  We have removed “thus sayeth the Lord” from their education and we are paying the price.

We must teach Biblical Truth again. They must be told that there are consequences for sin…that arrogance and ignorance of Scripture leads to destruction…and that our country’s only hope is to humble ourselves and return to God.

Political parties do not set righteousness standards – they either adhere to them or they do not…. you should vote accordingly.

But our aim must be to destroy the lie we have tolerated, that we are gods who establish our own truths.

Eternal, unmovable, Biblical Truth is the key to freeing our society from secular humanism and it is our only hope to restore righteousness and freedom to our culture.

“If you abide in My Word, you are truly My disciples, and you will know the Truth, and the Truth will set you free.” – Jesus

Normal Bio - Connecting students on campus and online to live out their faith in public schools to make an impact in their community.

"Who is it that overcomes the world? Only the one

Give thanks to God today, whatever struggle you ar

Our September 2021 Club of the Month...Keller High