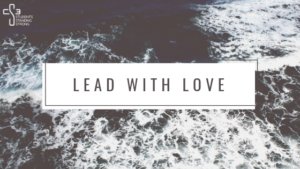 For most of my life, I believed that being a leader meant I had to do several things.

For one, I had to be qualified.

Two, I had to be in control.

And lastly, I could not be transparent when I was weak.

In the last couple of years, this year especially, I’ve been hit with many storms. And as president of the Richland High School S3 club as well as a leader in my church and FCA, I have had self doubt. I didn’t feel qualified. I most certainly wasn’t in control. I felt like being transparent in my weakness and struggles would make me less of a leader. But, as I’ve dug into the word and encountered encouraged from several mentors in my life, God has been teaching me what being a leader for the Kingdom looks like.

One of my favorite leaders is found in 2 Chronicles 20. King Jehoshaphat was in a place where he didn’t know what to do. 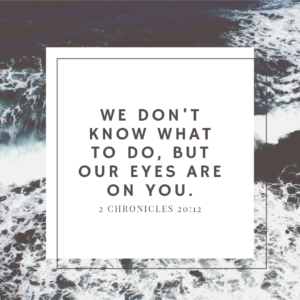 He was the King of Judah and he was facing a vast army. King Jehoshaphat was scared. The first thing He did was ask the Lord what to do. He gathered the whole nation and they came before the Lord in prayer.

In verse 12, the king said“We don’t know what to do, but our eyes are on you”. The Lord responded to him and told him to go and fight–The victory was already won. So, Jehoshaphat went to fight. He didn’t send his finest troops, with the finest weapons. He sent a choir. The victory was won by their worship and not a single enemy lived. You don’t have to know everything. You don’t have to be perfect, but by being transparent in your weakness He will guide you. Worship the Lord in every season. The greatest leaders didn’t have it together all the time, and that’s okay. Leading is about pointing others to Jesus–the one greatest leader there ever was. Keep your eyes on the Kingdom. When our time on earth is done, your work here on earth will be rewarded with, “Well done my good and faithful servant”. 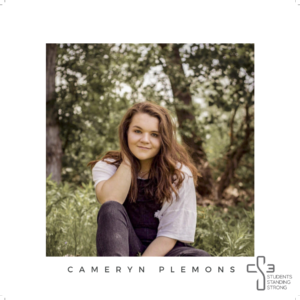 Connecting students on campus to live out their faith in public schools to make an impact in their community.

Check out the S3 club of the month, ⠀ Carroll Se

Let's celebrate the club of the month, Keller High

Send in a photo of your S3 zoom club meeting!⠀ m